A piece of cultural history – with tasteful tradition

The Nuremberg Rostbratwurst won over the hearts of the people of Nuremberg a long, long time ago. We celebrate the oldest ‘certified quality bratwurst’ in the world every year with a folk festival. After all, the population has a lot to thank their bratwurst for: the sales hit has been making a valuable contribution to the local economy for more than 700 years, and it granted international fame to the city and the Franconia region. It might even be more famous than Nuremberg Lebkuchen – the traditional German Christmas treat similar to gingerbread. The export figures prove the popularity of Nuremberg bratwurst well beyond the borders of Franconia: over a billion sausages are produced for the international market every year.

The secret to the Nuremberg bratwurst’s success lies in the protected geographical indication – as a certified regional specialty, they have to fulfil much higher standards than a run-of-the-mill sausage. These standards cover the ingredients, meat quality and location. Only sausages produced in the city of Nuremberg according to a set and protected recipe are allowed to be labelled ‘Nuremberg Rostbratwurst’. The history is dating back to the 14th century. Similar to Lübeck marzipan, the origin of the ingredients is not prescribed, but their quality has to be impeccable. 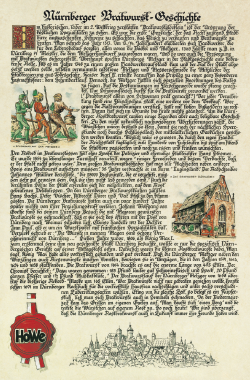 A short history of the Rostbratwurst
The recipe for Nuremberg Rostbratwurst was written down as early as 1313, by the council of the Imperial City of Nuremberg. Even then, they prescribed tough quality standards for the meat used to make the sausages: the best pork loin. Using intestines to make a sausage casing which was then filled with Brät (finely chopped meat) is first documented in 1404.

Right from the start, the authentic Nuremberg sausages were a great hit with epicureans of world renown. Albrecht Dürer was recorded as a regular in Nuremberg’s bratwurst eateries, and Johann Wolfgang von Goethe had the savoury delicacies with their characteristic note of marjoram brought all the way to Weimar. In 1813, the Bayreuth author Jean Paul received his Nuremberg bratwurst by post from his publisher and thanked him with the words: ‘The sausages in my stomach form wonderful forget-me-nots from Nuremberg.’

Even in the early years, Nuremberg Rostbratwurst were only 7–9 centimetres long and weighed about 20–25 grams. One legend says that the sausages became so small because they were made to pass through the keyholes of the Nuremberg dungeons – as special treats for the prisoners. The legend tells the story of the patrician Hans Stromer, who was sentenced to life imprisonment for embezzlement. His request to be given one bratwurst at every mealtime was granted, resulting in his consumption of a total of 28,000 sausages during his 38 years in prison. The city chronicler recorded: ‘Although he ate 28,000 sausages, he never tired of eating them, so they must have been very good.’

The true story behind the invention of these tiny delicacies goes back a few hundred years. Back in 1313, the city council had laid down strict quality requirements for bratwurst production in Nuremberg, dictating the use of best pork loin cuts for sausage meat. And only specialised pork butchers were granted permission to produce Nuremberg bratwurst, according to rules governing the recipe, consistency, meat composition and water content. Sausages deemed to fail these standards were dumped unceremoniously into the Pegnitz River.

In the second half of the 16th century, the demand for high-quality bratwurst became too costly for many butchers, since market prices were falling too low.

With a keen eye for business, though, the Nuremberg butchers soon came up with a solution: They invented the small sausages. Since they could sell more sausages per kilogramme, they managed to increase their profit margin. 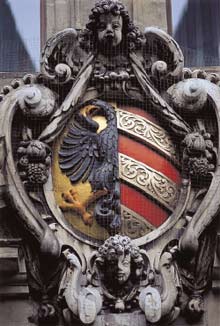 Nuermberg is famous for uncountable historic sites, artist and inventors. Visit a German town of culture only with one klick… 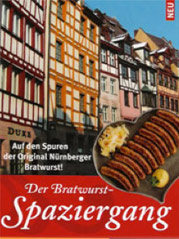 Historic places of scenes arround the tradtion of the ‘Nuermberg Rostbratwurst’… 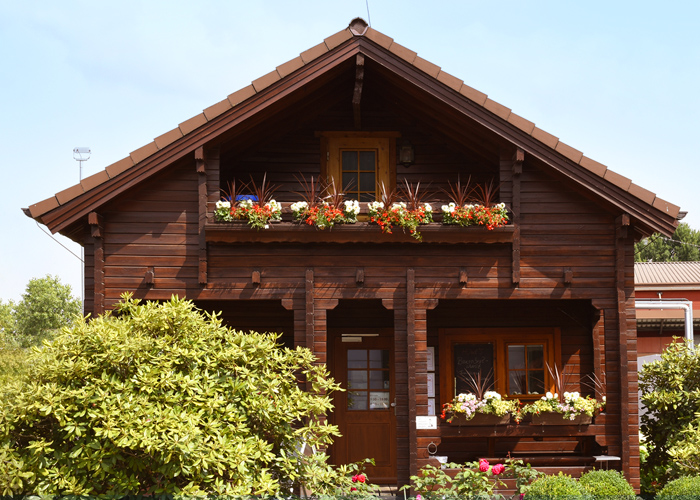 when something so good is so close. 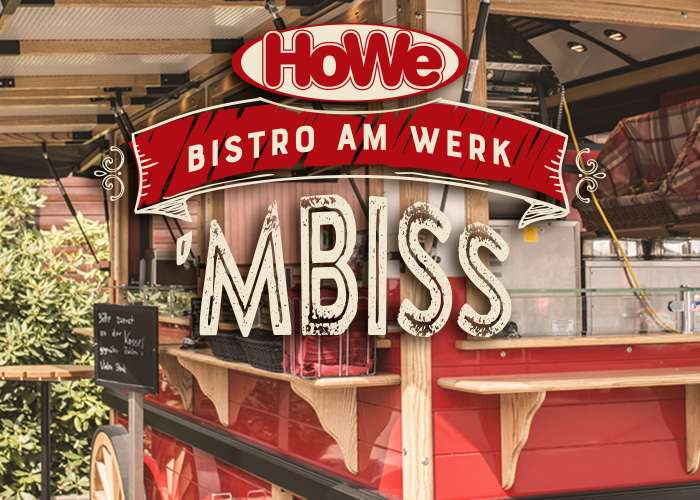